All information on this page is based on our personal experiences while cycling through the Canadian Rocky Mountains in September 1991.

We used the following road maps : ‘British Columbia, Alberta’ scale 1:2.000.000 by Allmaps Canada Limited and the free ‘The Province of Alberta official road map’ scale 1:1.500.000 by Alberta Tourism. Both maps offer similar information and include city maps of all major towns in the area. The City of Calgary publishes the free ‘Pathways ” bikeways; a guide for pedestrians and cyclists’ . It’s available from Tourist Information Offices etc. A free Icefields Parkway leaflet by the national parks service includes detailed information about campgrounds, viewpoints, hostels, railheads and picnic-sites between Jasper and Banff.

Signposting along all the roads we used is good; all distances are measured in kilometres. 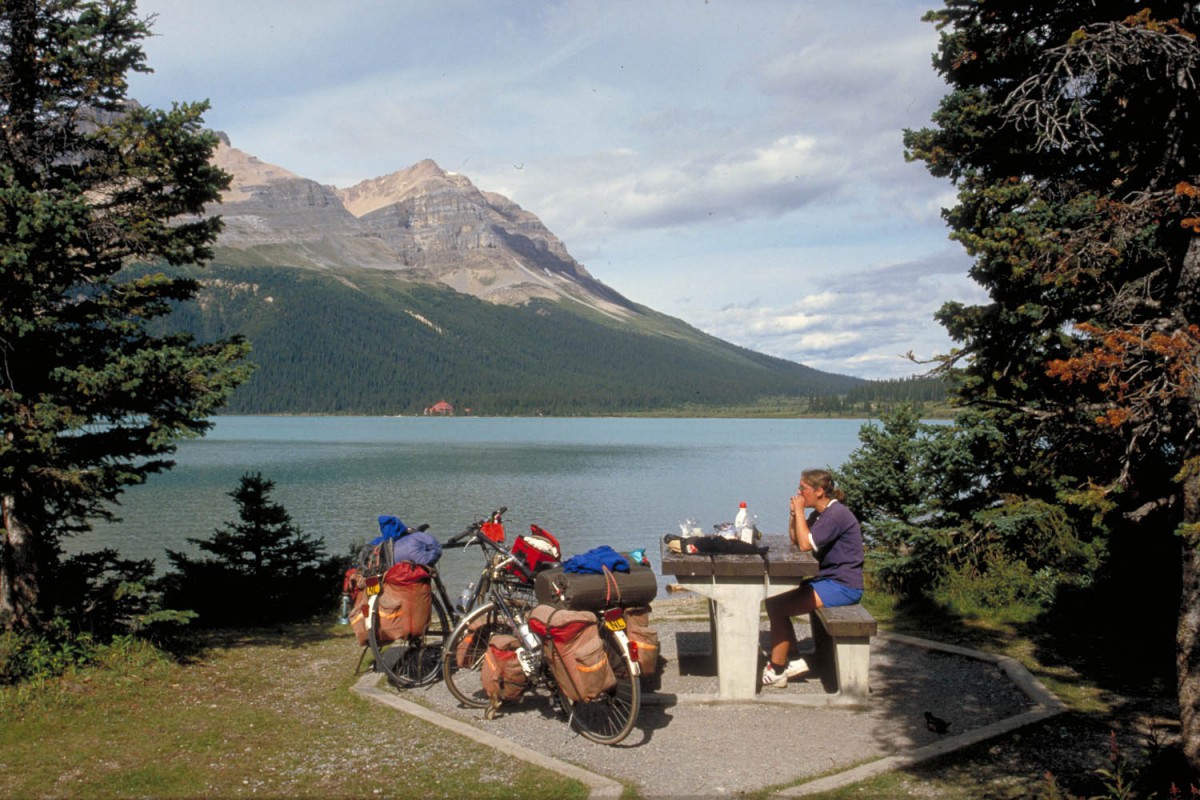 All main roads are in a good condition and generally speaking traffic is light. Even better most roads have a shoulder (small strip on both sides separated by a line) that can be used as a bicycle-lane. Even on major highways traffic is relaxed. Cycling into and through Calgary is easy. Traffic is on the right hand side of the road.

Outside Calgary, Banff and Jasper not much is available to repair a broken touring bike. 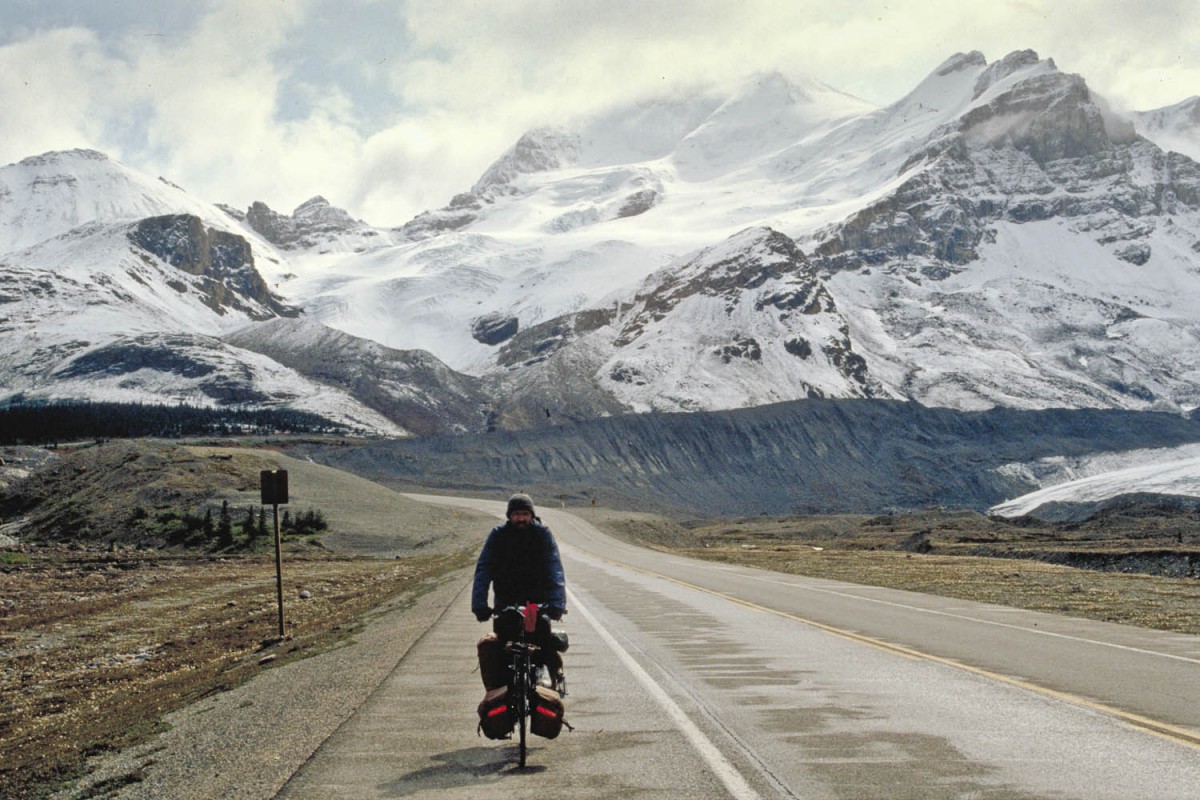 During this trip we camped all the time (with two exceptions) and bought and prepared our own meals. For the self-catering every major town has a well stocked supermarket. See for the details about shops and supplies the specific sections of our tour report It’s safe to drink water from the tap. Do not drink water from rivers or lakes without proper purification.

We visited this part of Canada in September. Weather varied from day to day. We had warm sunny days at around 25 degrees Celsius and on two occasions had serious snowfall on our route. Nightly temperatures were often below zero. 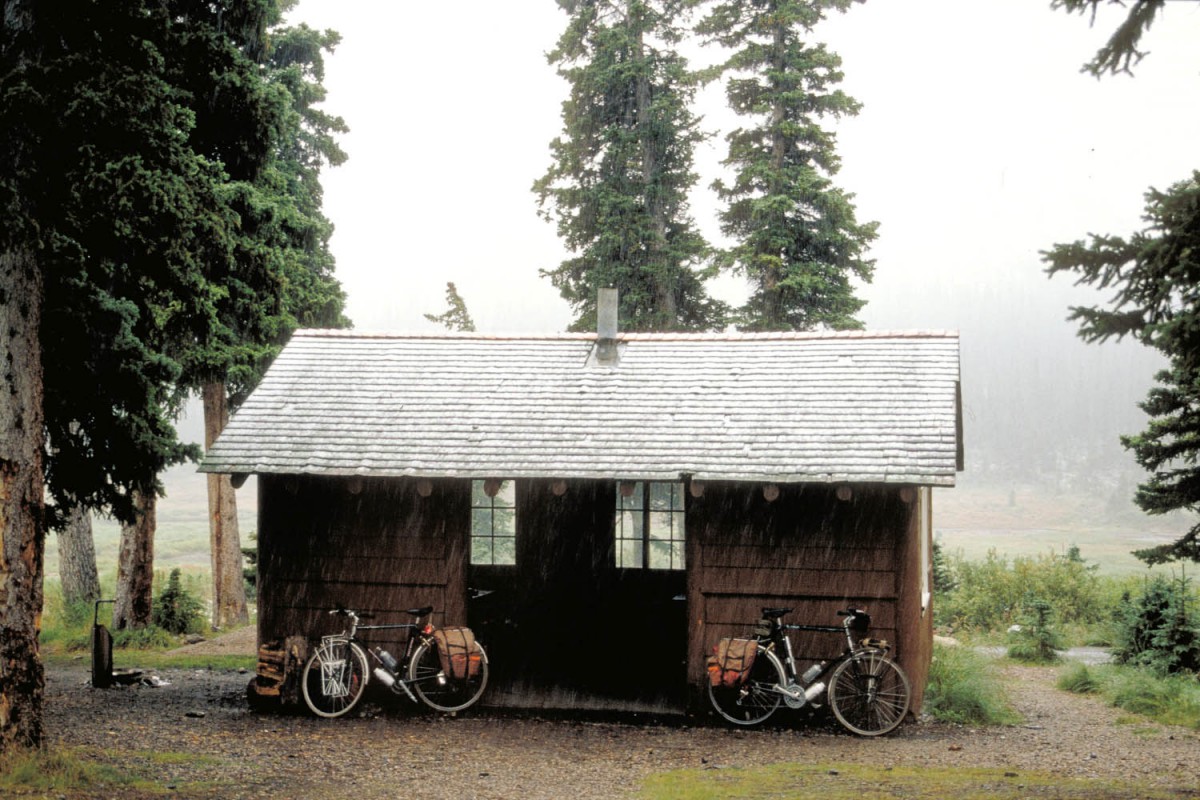 cold morning at a campsite

Before you set off on your Canadian bike tour it’s a good idea to read something about these dangerous animals. Basically all you’ll have to do is store your food and other smelling items such as soap in a safe place. Campgrounds supply lockers or poles for this purpose. What to do when you encounter a bear depends on what kind of bear it is (black or grizzly). Brochures concerning this subject are available from Visitors Centers in the National Parks. No worries: National Park Reports estimate only one bear injury for every 2 million visitors. Cyclists face a far greater danger from the bear in the car behind them…!

On this trip we only used twice non-camping accommodation. One time at the Takakkaw Falls YH (bad weather) and one time in Calgary (more convenient).

To fully enjoy the superb scenery of the Rocky Mountains and it’s National Parks, camping is a must. Campgrounds are readily available along the route we followed. The maps we used showed most campsites. 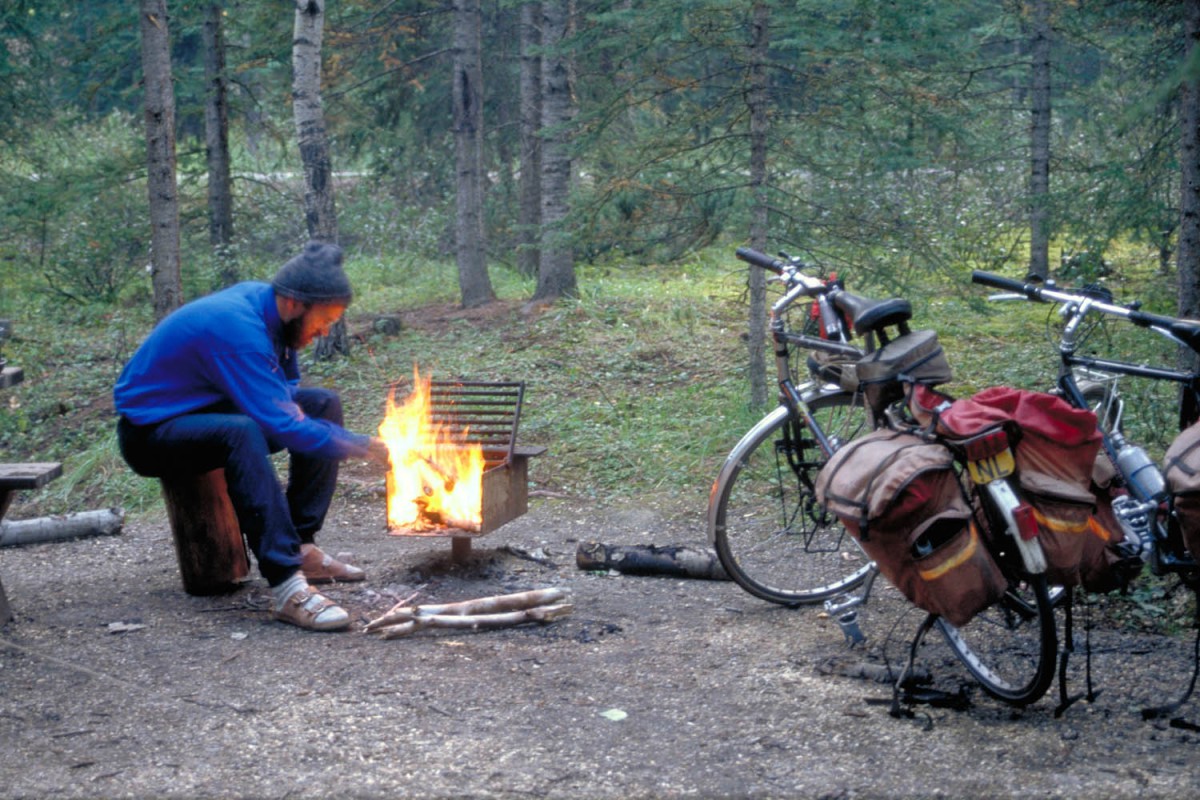 Most campgrounds feature shelters, picnic tables, hot showers and free firewood. For cyclists and hikers bear-proof food lockers are available for a small fee. Be aware of the fact that many campgrounds start to close down after Labour Day.

Of course cycling is the best way to get around, but the Canadian Rockies cover a large area so you may want to consider an alternative:

We took a bus from Jasper back to Lake Louise to avoid cycling this road twice. Taking a bike is no problem but you may have to box it. See the Jasper – Lake Louise section of our tour report