This page is a part of the pages describing our 2000 Alaska trip from Anchorage to Valdez, Fairbanks and Denali National Park.

As Denali NP is a destination that can be easily visited by bicycle independently from whatever you want do else in Alaska, we have collected all our info about cycling in Denali on this page.

Maps; getting around Denali NP

As a cyclist it’s hard to get lost. There is only one road starting at the park entrance and heading more than 150 kms (100 miles) west where it end at Wonder Lake. It’s possible to continue a number of miles beyond Wonder Lake to the Kantishna area.

The maps we mentioned in our general Alaska section can be used in the park. Free maps are available from the Visitors Center. There is a good bookshop at the Visitors Centre which has detailed maps of the entire park for sale.

For general travel info about the park we used the well-known Lonely Planet travel guide. It’s a good idea to stop by the Visitors Center’s bookshop if there are any specific subjects you are interested in.

The first kms from the park entrance the road is wide and paved. It’s here where you can expect the most traffic as everybody with a private car can drive up to Salvage River.
Beyond Salvage River the road is a very good en well graded dirt road, that can be easily negotiated with a normal touring bike.

Beyond Teklanika Viewpoint traffic is limited to the park busses and cyclists. In the period we visited ( just before winter closure) not more than 20 buses a day drove up and down the parkroad. You will have the road almost for yourself. It’s not permitted to ride your bike off the road.

There can be times during the summer when there’s lots of road traffic (busses) and it’s very dusty along the road. Early morning and late evening tend to be better times of the day for riding because of this or, as with our ride, early or late in the visitor season.

If one does not want to ride both into and out of the park, it is much easier to start out at the Visitor Center and make a bus reservation for transportation into the park (and then plan on riding out) versus riding in and then trying to get picked up by a bus.

There are frequently wheelchairs, backpacks, or other bicycles in the busses that are capable of hauling cargo (those that do not have seats all of the way to the rear of the bus) and it can be a long wait alongside the road for a tired cyclist.

It is much easier to load up at the VC at the beginning of the trip; that also allows one to scope things out from the seat of a bus and then ride.

There is a good chance of seeing grizzly bears while riding the park road. The Visitors Center has a leaflet with general information for cyclists on the parkroad describing what to do when encountering a bear.

We saw bears on several occasions. Most bears were far away but one time we saw a bear quickly approaching us. We dismounted our bikes and waved our hands and shouted. This worked fine. The bear, who obviously had not seen us, checked us out and moved away.

On another moment we saw a large grizzly coming from behind a park bus we were approaching. We quickly stopped but the bear was more interested in the berries at the other side of the road.

Staying in the park

Camping just outside the park

It is a well known fact that it’s hard to get a campsite in the park. Popular campgrounds tend be be booked out for weeks. Although it seems to be possible to get a site at the large Riley Creek Campground near the park entrance. Fortunately there are a large number of places scattered around the park entrance where you will be able to find spot until you can get in.

Camping inside the park

All campgrounds in the park are open for cyclists. All of them have food lockers and most of them supply drinking water. If you can plan your visit to Denali it’s wise to make advance reservations. We were visiting the park in the two weeks previous to the final winter closure and still it was impossible to get a site at Wonder Lake and difficult to get a spot at a popular campground like Teklanika without advance reservations. 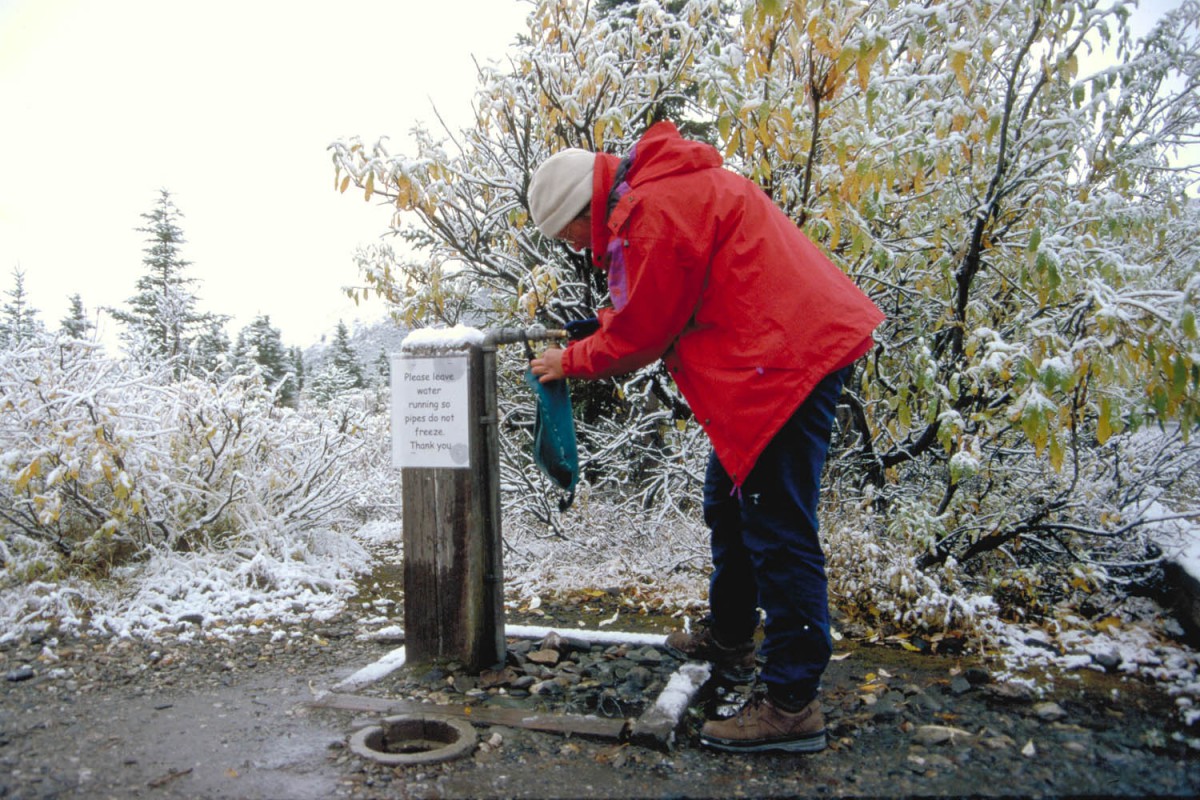 The National Park accepts reservations by fax and payment by credit card from overseas visitors.

Of course cycling is the best way to get around beautiful Denali, but you may want to consider the alternative of the park busses. We chose to take a bus into the park and ride back to the park entrance.

Several times a day a green camper bus departs from the Visitors Center for the 6 hour trip to Wonder Lake. These buses are reserved for people who have reservations for the park campgrounds. One third of the seats in these buses is removed to create extra space for backpacks and bicycles. Camper buses take a maximum of two bikes per bus. If you make reservations for a specific camper bus mention the fact that you want to take your bike. 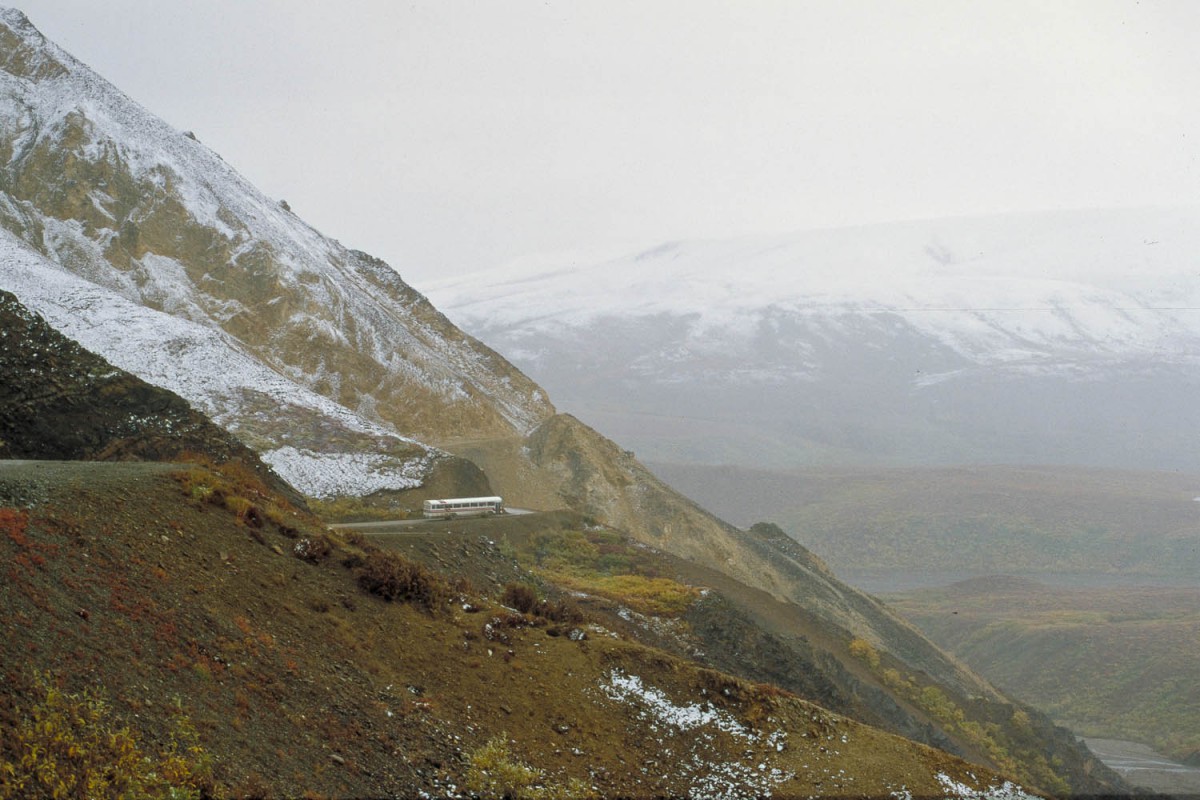 Other park busses with extra space for wheelchair access will also pick you and your bike up along the park road. All this is on a space available basis.