In September and October 2014 we travelled by bicycle in the Chinese provinces of Qinghai and Ghanzu. Why there? In what we call Tibet today (Tibetan autonomous region, TAR) it’s not allowed to cycle independantly. Ghanzu en Qinghai are part of the old kingdom of Tibet.  Here the atmosphere is very Tibetan:  lots of yaks, monasteries and Tibetans around and not too many Han Chinese. As a bonus it’s one of the least populated parts of China. The total distance we cycled was around 750 kms.

We started and ended our trip in Xining. We cycled a loop from Xining southwards to Tongren, Xiahe, Zekog and Guide. 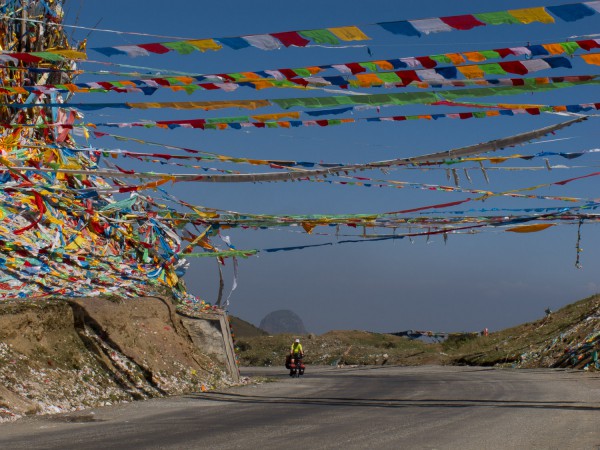 the first of nine passes

Continue to read about our route, practical information and see  the photos and videos.