All information on these pages is based on our personal experiences while cycling through Iceland in August and September 2003.

We flew to Keflavik Airport (near Reykjavik), cycled to Geysir and Gulfoss. We followed the Kjölur route through the highlands and continued to Akureyri and the famous Myvatn area. We traveled by bus to Djupivogur on the east coast. From there we continued by bike along the rainy south coast back to Reykjavik. 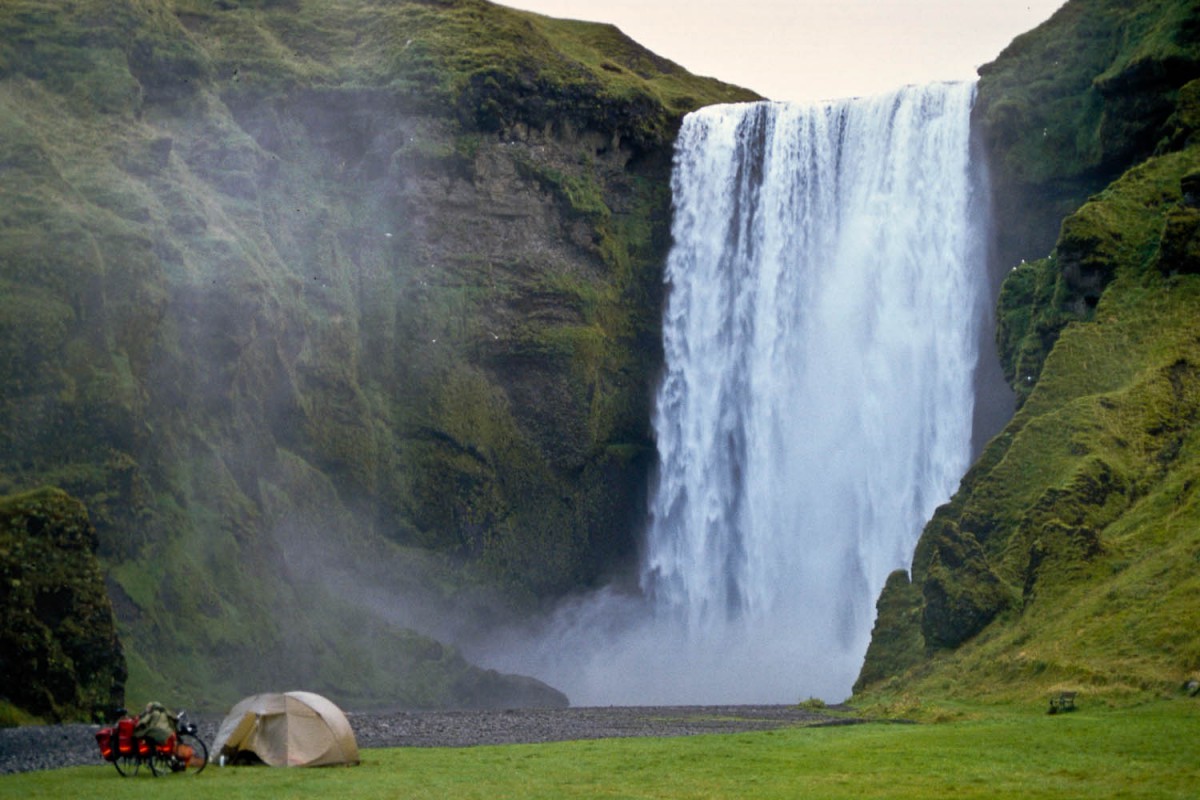 We used the following maps:

1. Iceland 1:500.000 by Landmælingar Islands
This is an excellent overall map of the country with relief shading. The map includes road numbers, distances and information about accommodation, petrol stations, swimming pools etc. Lightweight freaks could do with this map.

3. The giant relief map in the Reykjavik City Hall
Not really a map you can take out; it’s 7 by 5 meters and shows the complete island in relief. Visiting it however, is a mustsee for map freaks! Walk around Iceland in two minutes!

We used the well-known Lonely Planet travel guide for general travel information. Get an up to date edition as tourism expands quickly in Iceland.

For specific cycling information we used the German “Island per Rad” by Ulf Hoffmann. This cycling guide describes in minute detail 120 routes through all of Iceland. The routes can be easily connected to one trip. The book includes general information about cycling in Iceland. (2nd edition, ISBN 3-932546-17-2, Verlag Wolfgang Kettler). Ulf Hoffman’s website.

The Ring road (the road around the island) is now 1334 kilometres long. Almost all of it is paved and can be traveled with an ordinary touring bike. The few unpaved sections (mainly in the east) can however be rough.

Even outside the ring road many roads are paved; most of these are in South Central Iceland. Many interesting places like Þingvellir, Geysir, Gulfoss, Vik, Skaftafell National Park and Höfn can be reached with any bike. 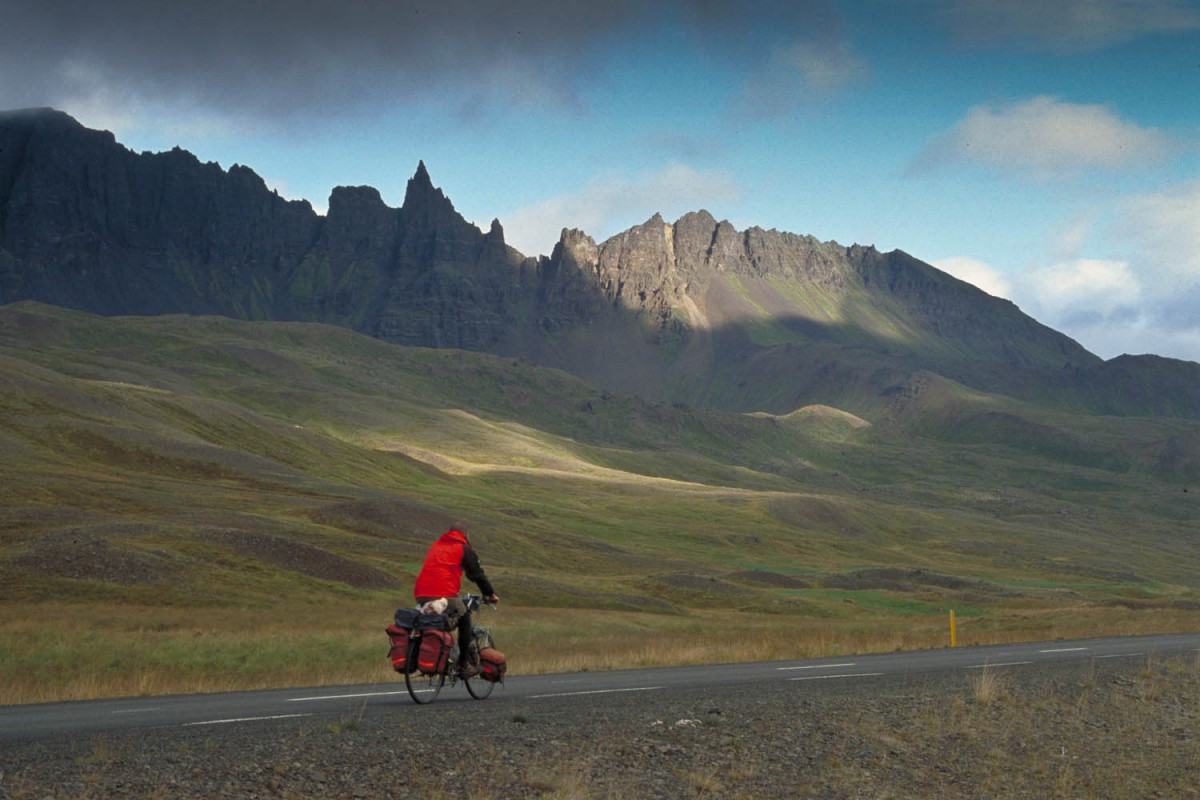 cycling on the Ring Road near Akureyri

We biked around Iceland on sturdy touring bikes and it was only on the roughest sections of the F35 Kjölur highland road that a mountain bike would have been more appropriate. Those wishing to explore the less accessible highland roads are however advised to bring a mountain bike.

Most roads do not have a shoulder (small strip on both sides separated by a white line) but generally speaking traffic was light. Traffic is on the right hand side of the road.

Iceland is a very popular biking destination. Most cyclists seem to originate from Germany or Italy. Most of them are males, seeking the ultimate mountain bike challenge on Iceland’s worst roads. Every day we met at least one cyclist on the road and often several on the campsite.

Outside major towns like Reykjavik and Akureyri virtually nothing is available to repair a broken bike. To get the essential part you may have to go a long way.

For the self-catering almost every town and village has at least a (very) small shop. Basic supplies are no problem; there is no need to carry more than 2 or 3 days of food.

It’s safe to drink water from the tap and from most rivers and streams.

We visited Iceland from August 15th to September 15th (2003). We had 2 clear and sunny days with really nice weather, 4 extremely rainy days and 2 days with stormy head winds. All the other days where a mixture of sun, some showers, some fog, clouds, drizzle etc. The temperatures were generally mild. Daytime temperatures ranged from 5 to 12 degrees Celsius. We had only one night with below zero temperatures.

We selected this specific period the avoid the extremely busy peak season (mid July to mid August). This proved to be a good choice. Campsites where not very busy and it was easy to get our bikes on the bus. Everywhere traffic was light.

Bring good and absolutely waterproof raingear as weather changes from day to day or even from hour to hour. A good storm- en rainproof tent is a must.

Iceland isn’t famous for it’s wildlife. Apart from the Arctic fox and a few mice no mammals can de spotted on land. There are however many bird species and a very diverse flora. Iceland is also a good spot to see whales and seals. 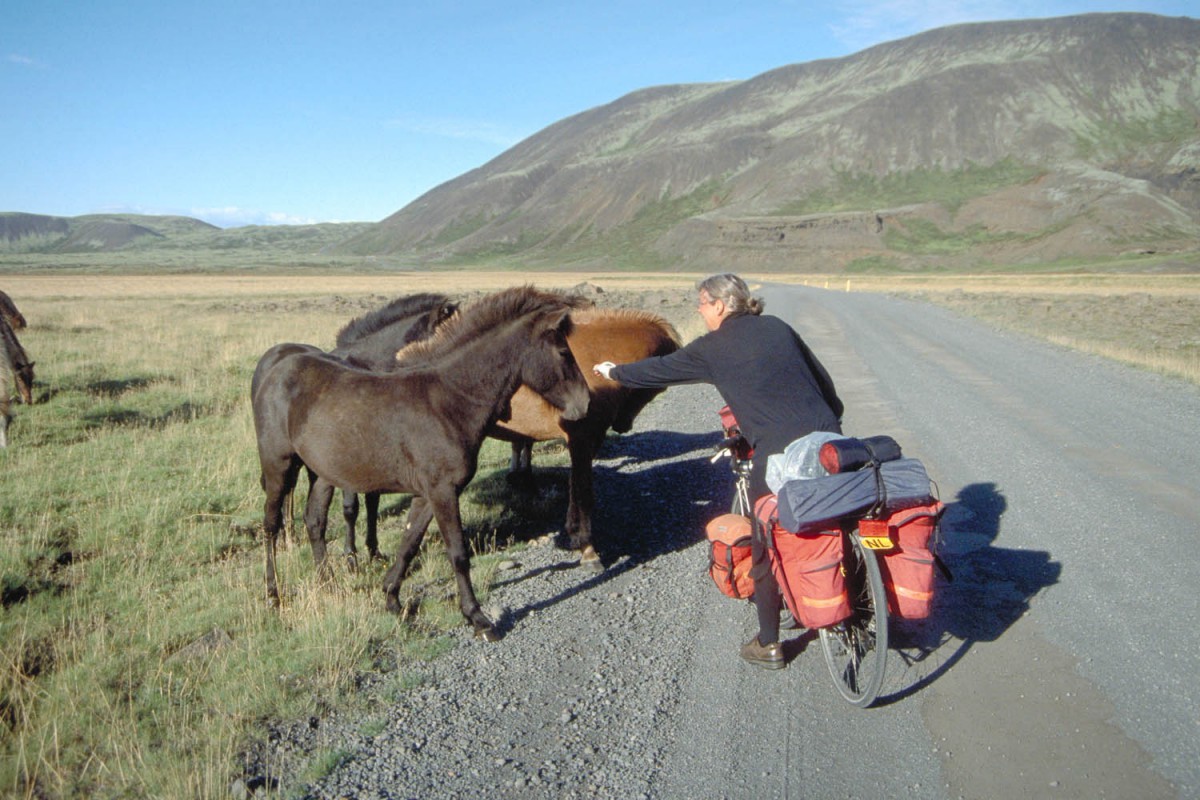 The nr. 1 option for cyclists. Most campsites offer toilets and at least a water tap. Hot showers (if available) often cost extra. Only a few campgrounds have bad weather and cooking facilities (on our trip: Selfoss, Keflavik, Kirkjubæjarklaustur, Vik, Hella, and Reykjalid). Even fewer have washing machines and dryers. Of the campsites 90 %close at August 31st. Although campsites may be officially closed, facilities sometimes remain accessible for campers.

Free camping (that is: camping outside a campground) is allowed. To pitch your tent on farmland you’ll need permission of the owner. Free camping inside National Parks is prohibited. 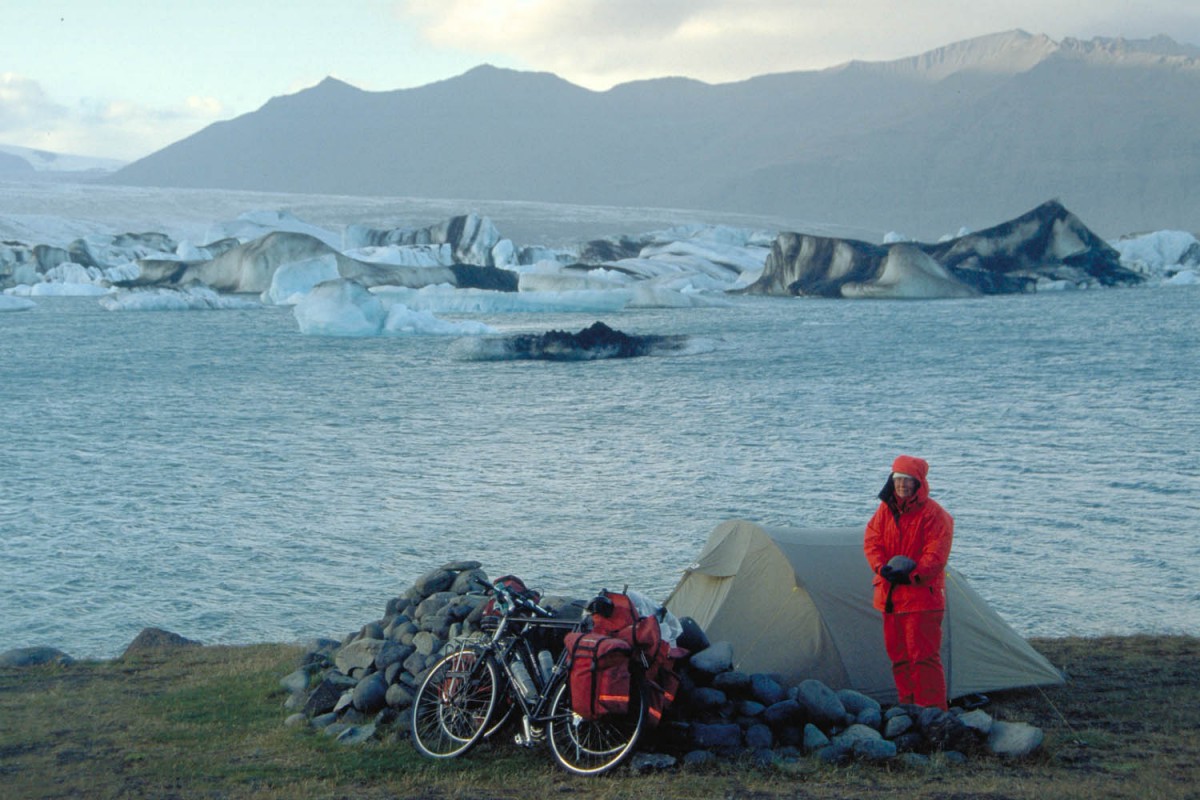 Outside the few ‘cities’ many farms offer some sort of accommodation. This type of accommodation is clearly signposted along the road. The maps we used show most guesthouses and farms.

Of course cycling is the best way to get around, but as Iceland is not always easy to travel you may want to consider an alternative.

During the peak season buses run at least daily along all main roads. Busses do take your bike for an extra fee on a space available basis. We took a bus from Myvatn lake to Djupivogur on the east coast. As there were only 2 other passengers, transporting our two bicycles was no problem.

Be aware of the fact that from the beginning of September buses drive less frequent. The Egilstadir – Höfn service e.g. stops in October.